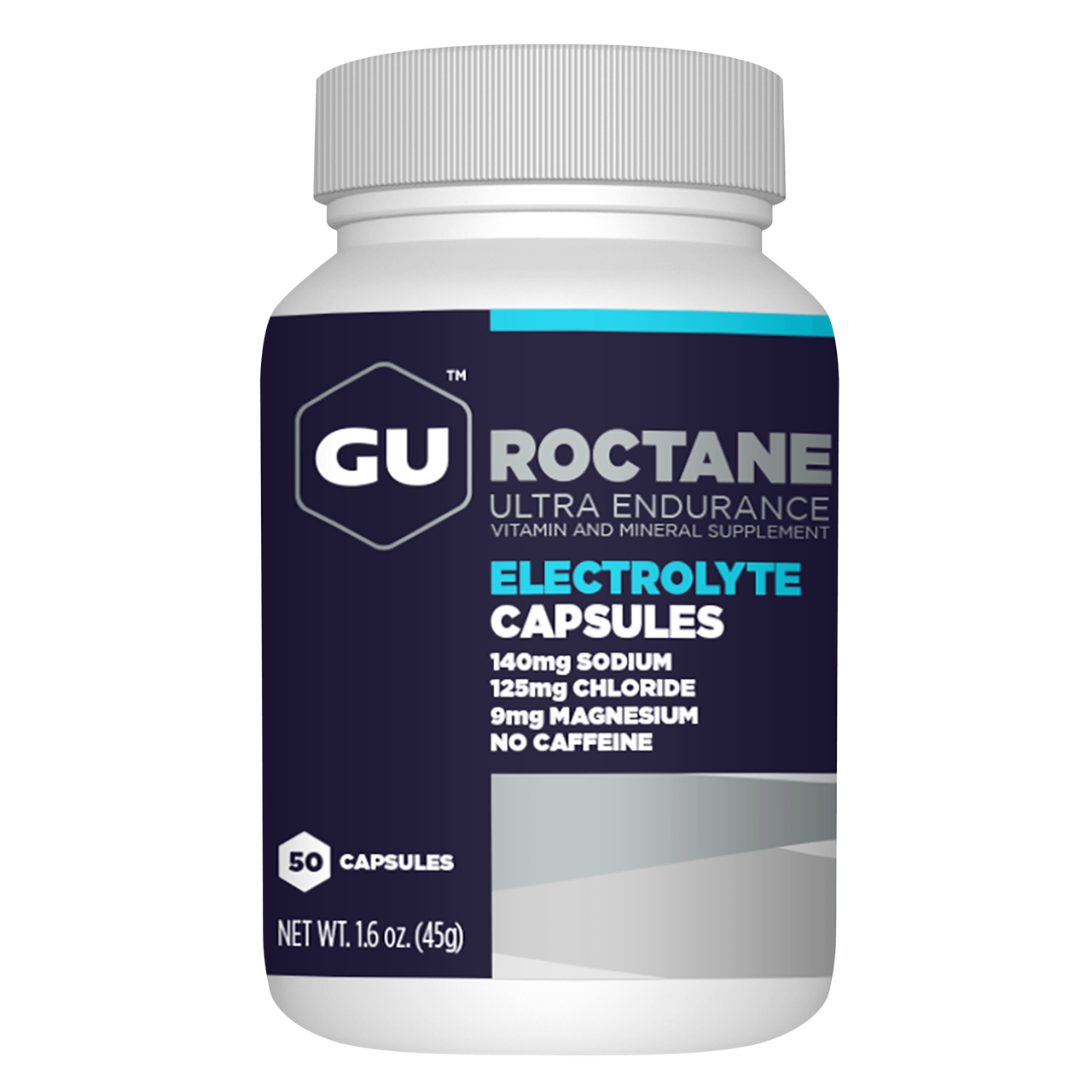 Roctane Electrolyte Capsules contain multiple essential electrolyte which your body must replenish during endurance activities: sodium, magnesium and chloride. Roctane Electrolyte Capsules help to fill in the gaps with sweat loss that is unique to each athlete. Also included is Ginger Root which can help decrease nausea and Vitamin D and B6.What’s in it?Electrolytes – There are several reasons to replace electrolytes during exercise. One is to help maintain plasma volume which is depleted by sweating, another to prevent hyponatremia from over-ingestion of fluids during exercise. Sodium is the main electrolyte lost in sweat, and along with magnesium and chloride are the only electrolytes with scientific data supporting the need for replacement during exercise.Vitamins – Vitamin D is important for calcium absorption and bone health. Low levels of vitamin D are associated with deceased exercise performance. Despite hours of training in the sun many athletes are still vitamin D deficient, making this vitamin an important supplement for health and performance. Vitamin B6 is a water-soluble vitamin, and has been shown to significantly decrease nausea and vomiting.Ginger- Ginger can decrease nausea and may boost the rate at which food can be emptied by the stomach. This may help prevent an upset stomach, bloating and nausea during hard training and racing.How is it different?Not all athletes sweat at the same rates! Roctane Electrolyte Capsule offers just enough electrolytes to fill in the gaps from sweat loss. Only electrolytes with scientific evidence supporting supplementation during exercise have been included. Athletes don’t need to supplement with every available electrolyte during exercise. Additionally, many athletes are not getting adequate amounts of vitamin D, despite a lot of time spent outdoors in the sun. Vitamin D in Roctane Electrolyte Capsule can help to supplement this deficiency. Vitamin B6 and ginger help to prevent nausea. Ginger can also enhance the rate at which stomach contents are emptied. Studies have shown a high prevalence, up to 90%, of gastrointestinal complaints during ultra endurance events.For optimal results, it is recommended that you take 1-2 capsules per hour of activity depending on conditions, terrain, and one’s physiology. Use in conjunction with Roctane Ultra endurance energy gel for added electrolyte supplementation. Always hydrate with 24-30 oz. of water per hour during training or racing.