Roctane Ultra Endurance Energy Drink is a carbohydrate intensive energy drink for ultra distance and intense efforts. It contains the critical carbs and electrolyte replenishment that ultra endurance athletes need to compete at high levels. And it comes in a super light tasting, easy to mix formula for fueling hour after hour after hour. Roctane Ultra Endurance Energy Drink packs 240 calories into each serving. It’s an ideal way to get those much needed calories during long or intense workouts. It mixes easily and is surprisingly light tasting. For optimum results, use with 1-2 Roctane gels per hour during training and racing. Exact Roctane intake depends on the intensity of your pursuit and your body weight and fitness level. The fitter you are and the more you are used to consuming carbohydrate during exercise and the more Roctane you can eat each hour, up to approximately 340 calories every 60 minutes. Combine Roctane Energy Drink with Roctane Energy Gel, original GU Energy Gel, GU Electrolyte Brew and GU Recovery Brew for the ultimate in sports hydration, fueling and recovery. Take one gel 15 minutes before training or competition and then one gel every 30-45 minutes during exercise. Drink Roctane Energy Drink or Electrolyte Brew throughout your training or racing, and drink Recovery Brew within 30 minutes after you’ve stopped. 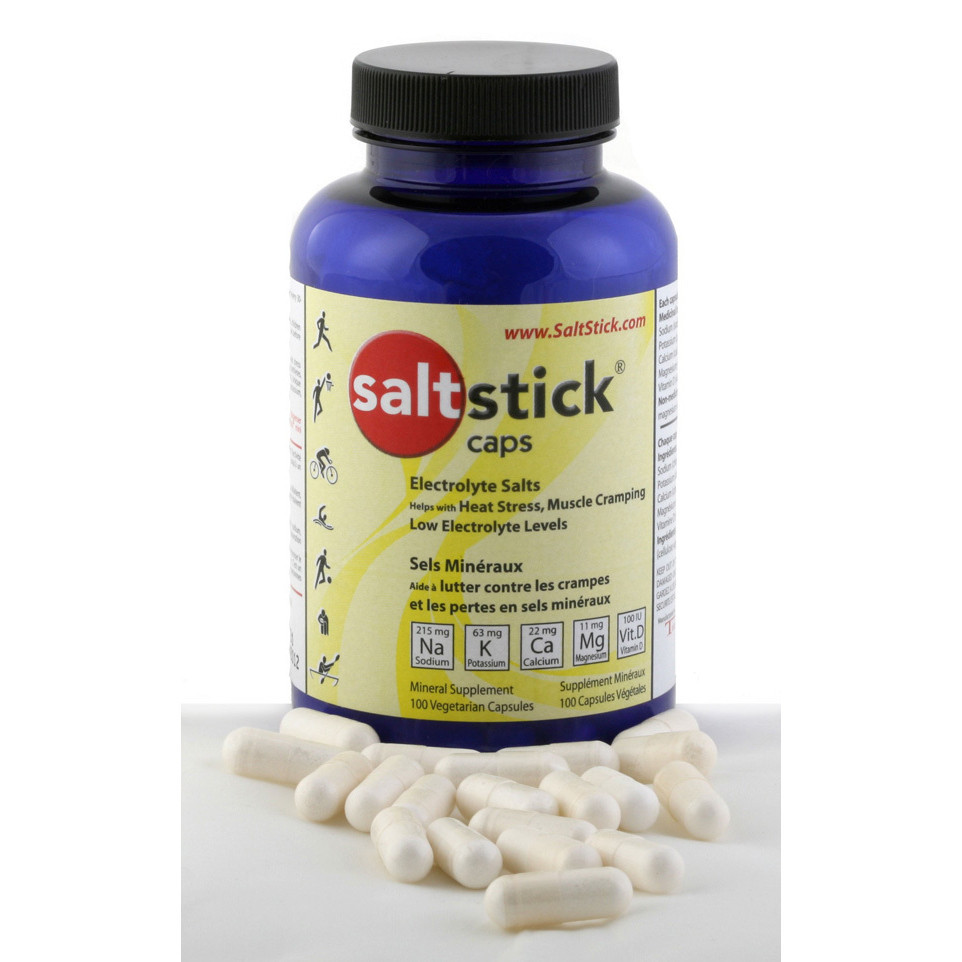 100 Capsules per bottleSaltStick Caps are crucial to minimize muscle cramping, heat stress and fatigue due to unbalanced electrolyte blood levels. The ONLY electrolyte capsule that was formulated to closely resemble salt profile lost during activity Buffered salt composition that helps digestion and absorption Vegetable-based capsule composition Bio-available active ingredients Contains only WHAT YOU NEED. No: herbal, trace, questionable components added Only 1 capsule per serving Patent Pending composition is unique in the marketplace Designed by a Ph.D. chemist and pro triathlete Saltstick caps also include vitamin D that helps the body absorb and utilize calcium (no other electrolyte products has this) 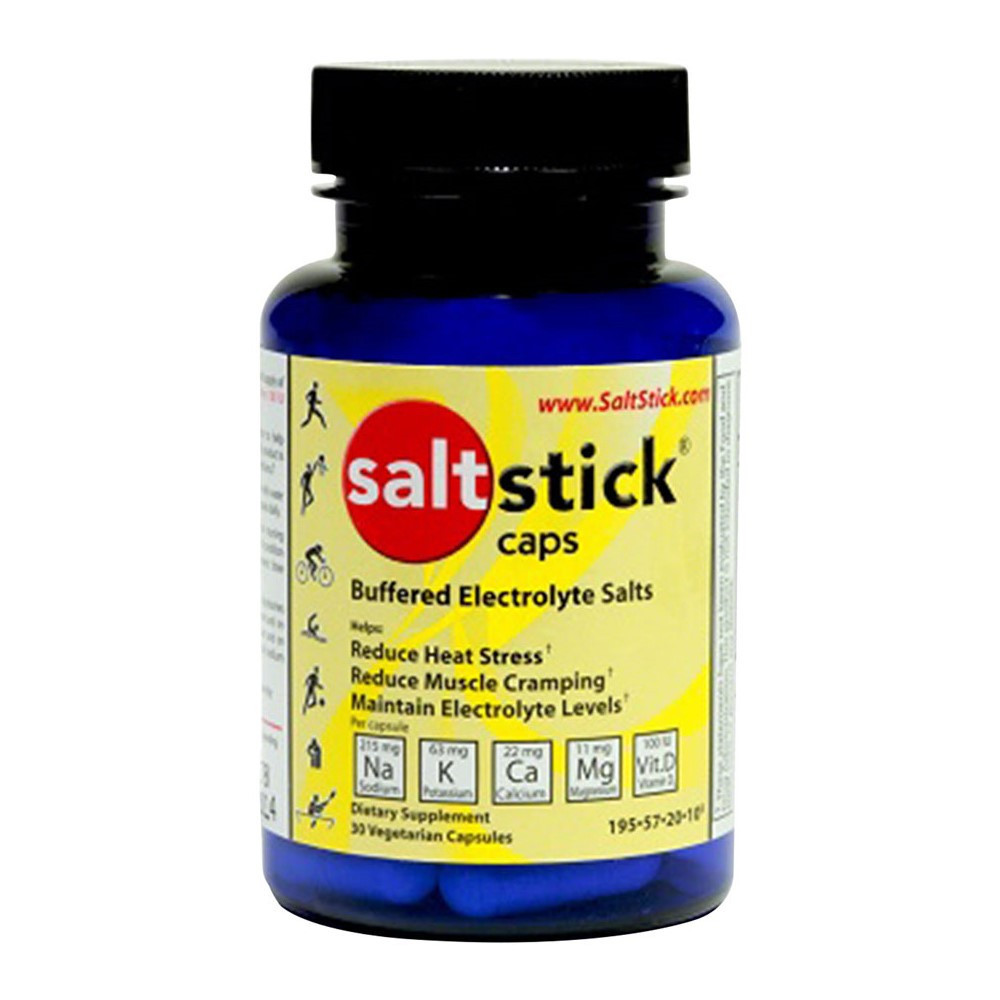 Unique performance formulation provides a scientifically balanced supply of absorbable sodium, potassium, magnesium and calcium. Contains 100 IU vitamin D to aid in calcium absorption. SaltStick Caps have been formulated to provide electrolytes to help minimize heat stress and muscle cramping due to perspiration. This product is ideal for endurance athletes, outdoor workers or for use in hot conditions.Suggested Use: As a dietary supplement take one capsule with water every 30-60 minutes during physical activity for up to 10 capsules daily. Reduce Heat Stress Reduce Muscle Cramping Maintain Electrolyte Levels 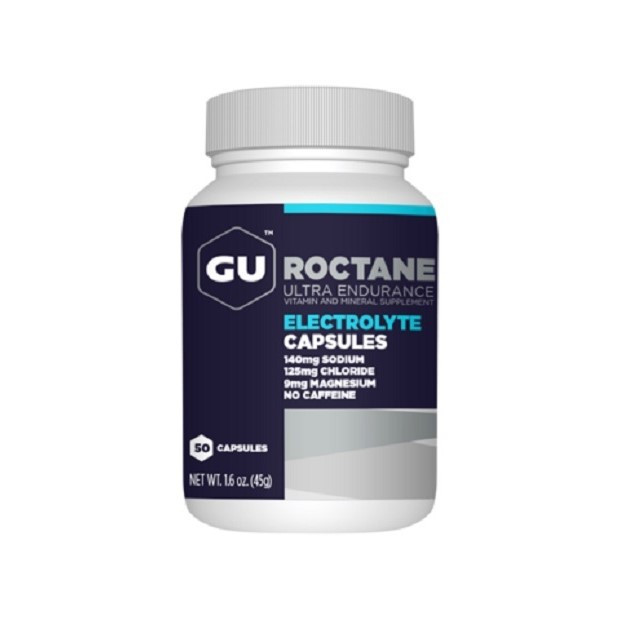 GU Brew focuses more on hydration and less on carbohydrate delivery, offering 70 calories per serving. This 3% carbohydrate solution provides added flexibility to the athlete. Mix it as instructed for rapid absorption or combine with your favorite GU/Roctane gel for increased energy density during longer workout days. For athletes looking for a more energy dense carbohydrate solution, try Roctane Energy Drink.Hydration before exercise:To ensure proper pre-exercise hydration, consume approximately 16-24 oz. (470-720 ml) of GU Electrolyte Brew within an hour of the start of your workout.Rehydration during exercise:Fluid replacement should approximate sweat and urine losses during exercise and is dependent on many environmental factors. Generally, it is required to consume 7-10 oz. of fluids (200-300 ml) every 10 to 20 minutes during exercise, but specific individual recommendations are based on exercise duration, sport dynamics, sweat rates, and individual tolerance.Rehydration after exercise:Rehydration after exercise should aim to correct fluid loss accumulated during exercise. Depending on one’s exercise duration and intensity, replace the electrolyte losses from sweat by consuming GU Brew and jump start protein syntheses with the help of GU Recovery Brew. 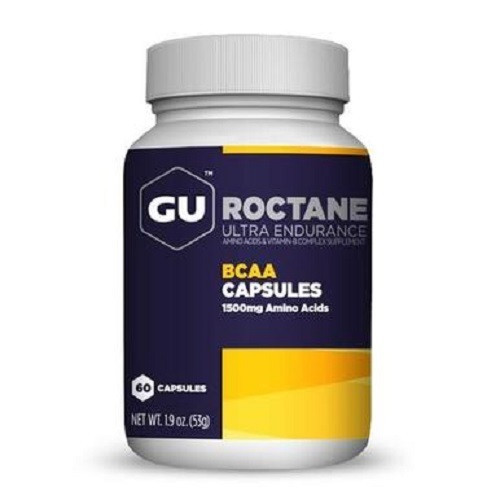 For use before, during, and after activity, our BCAA Capsules help maintain mental clarity, prevent muscle tissue damage, and enhance muscle growth. Each capsule delivers a 4:1:1 ratio of the three BCAAs (leucine, valine, and isoleucine) along with B Vitamins that facilitate muscle tissue recovery and reduce nausea during exercise. Branched-Chain Amino Acids (BCAAs) are the three amino acids responsible for helping to reduce muscle fatigue, speed recovery, and decrease the loss of other amino acids from muscle during exercise. These building blocks of proteins can be found naturally in your diet and are essential to maintaining a positive balance between muscle damage and muscle repair.When: Anytime is a good time to prevent muscle tissue damage. Taking BCAA capsules before, during, and after exercise helps decrease muscle tissue damage as a result of strenuous exercise.FAQ’s:Do 2 capsules provide enough BCAA?Yes as little as 2-3mg of BCAA can enhance muscle buildup and prevent muscle breakdown.What about vitamin B toxicity if I take too many capsules?Not to worry. Vitamin B is a water-soluble vitamin, so any excess intake will be eliminated in your urine.Can I take capsules during exercise?Of course! And this will help performance if your nutrition during exercise does not contain BCAA.