With its unique, oversized lens design, the Kayenne combines expanded 4-point vision with superior hydrodynamics thanks to its low-profile micro-frame. This combination makes the Kayenne a perfect choice for a competition, whether in a pool or open water. Oversized, ultra durable Plexisol lens for 4-point expanded, 180-degree visibility One-touch, Quick-Fit Buckle for perfect fit with simple adjustments – even while wearing Stabilizing nose bridge keeps fitting secure and comfortable 100% UVA/UVB protection Anti-fog treated for long lasting clarity Silicone strap for comfort and durability Ideal for small and slim faces Made in Italy

We’ve enhanced our flagship Helix wetsuit with subtle pattern refinements and considerable material improvements. This year our Helix suit is designed to further impress with unparalleled flexibility while strategic materials and panels maximize buoyancy throughout the suit. Our Torsional Stretch Technology has been further enhanced with functional design using A-Flex material in a swim specific multi-directional layout. Our now legendary reverse zipper not only ensures a more sure swim, and a quicker suit exit, but reduces the need for a traditionally bulky collar, improving your comfort and making it easier to sight. The 2mm textured Knee Flex panels assists with knee flexing by reducing bunching behind the knee and improving functionality. The tube construction in the lower leg, combines A-Flex material with a single seam to maximize the flexibility and promote a quick release from your suit in the transition. The buoyancy of this suit features a centralizing core buoyancy to raise the position of the hips in relation to the rest of the swimmer.The 5mm chest thickness of the Helix uses two lateral panels that naturally and anatomically accentuates the lungs, producing the optimal amount of buoyancy for the swimmer in the upper body. The 5mm thick torso uses a core panel of Yamamoto aerodome material to deliver a maximal central buoyancy zone in the suit, keeping the hips high and promoting an efficient downhill swimming position. The 4mm Yamamoto 39 cell neoprene legs deliver the perfect blend of buoyancy without limiting drive from the kick. Reverse Zipper: quicker suit exit Knee Flex Panels: textured panels assist w/ flexibility and reduced bunching Single seam in the legs Buoyancy: 5-5-4, including buoyancy in torso for keeping the hips high and promoting an efficient downhill swimming position. Integrated chest panel 2mm neoprene with A-Flex material maximizes stretch during respiration and improves comfort. A-Flex inner jersey is laminated to ultra supple 40 cell neoprene to produce an incredibly flexible suit. This A-Flex is also used in: 1mm arms, 1mm arm gussets, 1.5mm TST panels, and 2mm back panel #39 Yamamoto Neoprene Female specific sizes: Ensure perfect fit (WXS-WLA) 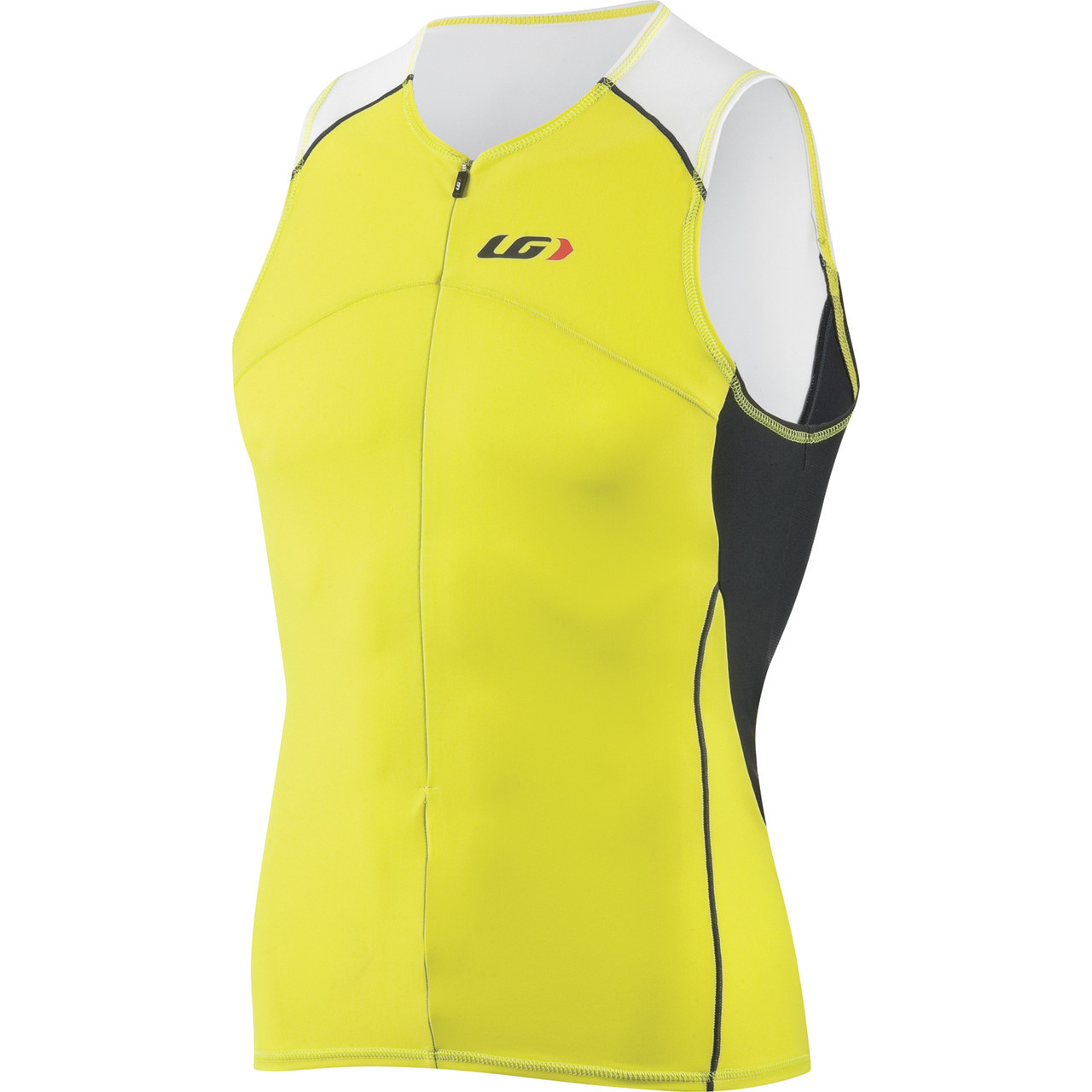 The Comp Sleeveless is made of Endurexx fabric that molds to the curves of the body perfectly providing maximum muscle compression and excellent support. Chlorine resistant so it will maintain integrity if training in a pool. Hydrodynamic flatlock seams under the chest help water slide.FABRICS: ENDUREXX: WITH CHLORINE-RESISTANT LYCRA X-LIFE POWER MESH: BREATHABILITY, COMFORT, FLEXIBILITYDETAILS: 15 inch/38 cm invisible zip 2 mesh back pockets with flap: Offers protection and aerodynamics Multimedia pocket: Allows for headphone wires to be channeled inside the garment Comfort designed armholes and neck: Accommodate full range of motion Offset shoulder seams: Reduce pressure when worn with a wetsuit Mini-stitching: Improves stretchability without restricting movement Front and back reflective accents: Enhance visibility ProFit Men UPF/SPF 50Designed to be both functional and affordable for athletes just beginning to compete in triathlon. 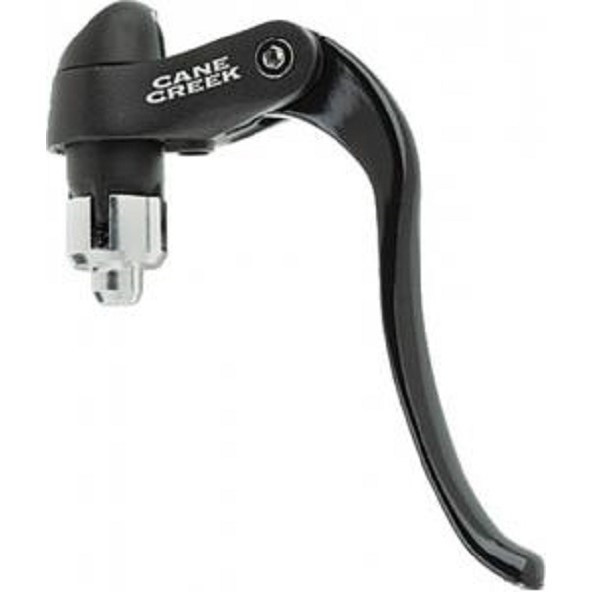 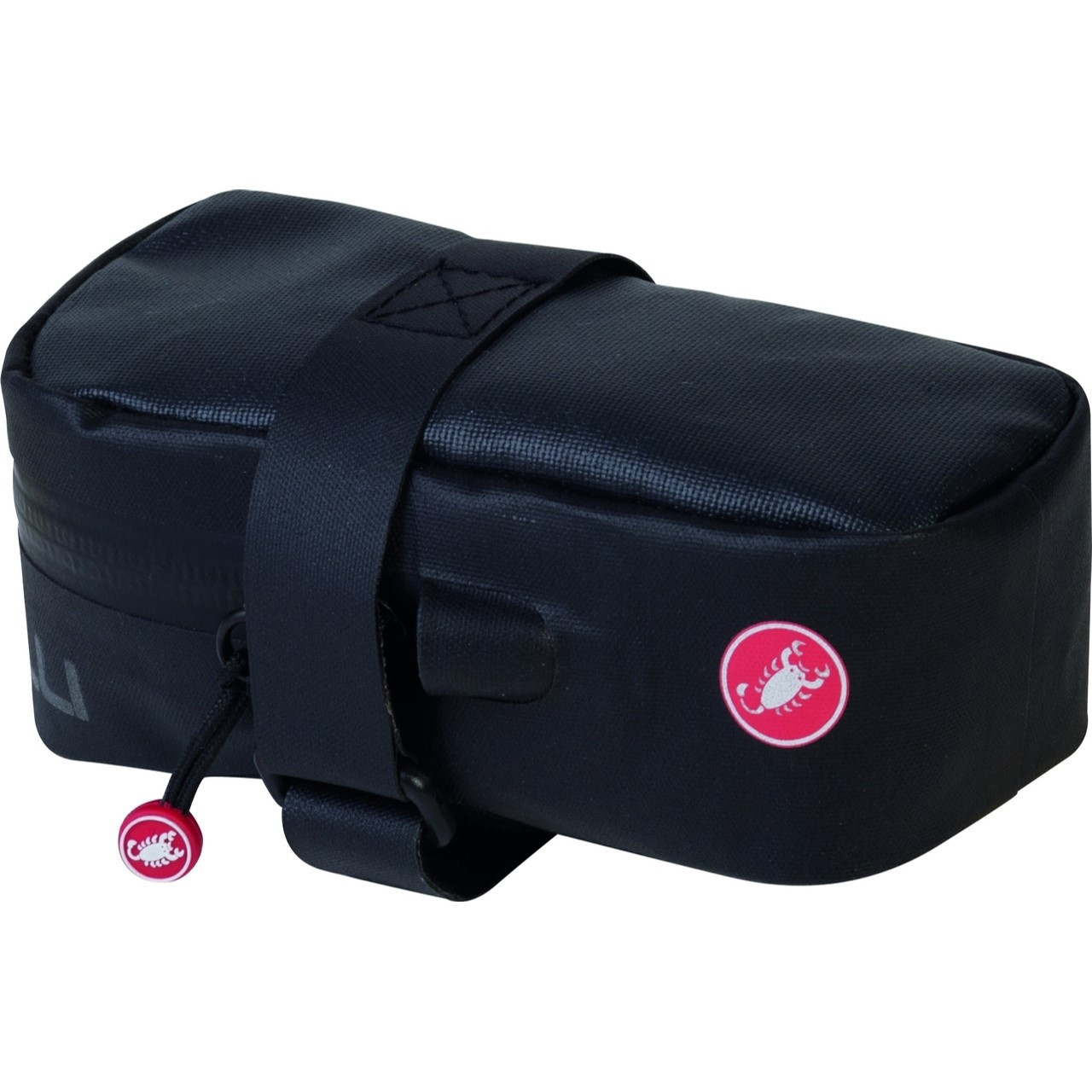 The Zone3 Activate range has become a staple of the triathlon world and has gained a reputation for being a very high-quality product which offers extremely good value. The new Activate Plus collection takes this a step further with a new high-tech waffle mesh fabric on the back panel and the integration of a full sublimation print to add some life to your training and racing.The Activate+ trisuit features a printed Stealth-Camo. Made using a premium Italian fabric the print has a matte finish for a modern look and the fabric offers superb breathability and shape retention. The printed panels are complemented by a high-powered Lycra Sport fabric on the front body and leg panels to maintain modesty and coverage. The back panel is made from an extremely lightweight and high stretch fabric with a waffle structure to give maximum breathability and comfort-fit. Tri-lite pad: A made to measure race-specific triathlon pad. Not too big and not too small. Minimizing water absorption and providing protection during the cycling phase, without impeding your swim or run. Also, fine-line stitching to further reduce any irritation. Elastic Technology and binding to give a snug fit without any discomfort around the arms and neck lines. Also, new seam construction to prevent any chafing under the arm. Short Sleeve Design: Becoming increasingly popular, the short sleeve design offers more coverage and improved aerodynamics. A double layered band is used to secure the arm sleeve gently in place. Front Zipper for extra ventilation during the cycle or run. Storage pocket with elasticated band positioned on the back for nutrition, spares or valuables. Soft-Grip silicone leg bands To help prevent the legs upwards during the cycle and run and for improved comfort against the skin. Stylish Flat locked stitching Designed for maximum strength and minimum discomfort against the skin. Zip protection: Internal lining with ‘fold over’ cover to minimize any discomfort from the zip.

Brendan Hansen’s breaststroke like you’ve never seen it before! In GO SWIM BREASTSTROKE, Olympic gold medalist and world record holder Brendan Hansen shares the key focus points that he uses to develop his awesome breaststroke technique. Brendan’s six focus points work for every level of swimmer – novice to elite – and you can start to apply them immediately, next time you go to the pool. The extraordinary swimming footage of Brendan, combined with clear, step-by-step instruction, will help take your breaststroke to the next level. Discover Brendan’s 6 key focus points for fast breaststroke. Learn WHY each key point is important, and HOW each one will help you go faster. Each focus point is illustrated from multiple angles-side, head-on, below, and rear-and from above and below the surface. Slow-motion and freeze-frame footage allows you to zoom in on key moves and really SEE how to do them. Use Brendan’s favorite drills to practice each key elementor just GO SWIM! The 6 simple focal points will help you improve, even without drills. Special laminated Stroke Guide helps you remember each focal point when you go to the pool. Bonus section includes starts and turns, dolphin pullouts, Brendan’s favorite drills, and slow-motion footage. BRENDAN HANSEN is the fastest breaststroker in history. He is the current world record holder in the 100 and 200 LCM breaststroke, as well as in the 400 LCM and SCM medley relay. At the 2004 Athens Olympics, he earned a bronze medal in the 200 breaststroke, a silver in the 100 breaststroke, and a gold medal as part of the 400m medley relay. Brendan has won 9 world championships, and during his NCAA career at the University of Texas he was the 8-time undefeated NCAA champion in the 100 and 200 breaststroke. In 2006, a year in which he broke three world records, Brendan was voted Athlete of the Year by USA Swimming. GO SWIM BREASTSTROKE WITH BRENDAN HANSEN was written, filmed, and produced by the team of GLENN MILLS, a member of the 1980 Olympic Swim Team and currently Technical Advisor to Swimming World Magazine, and BARBARA HUMMEL, veteran of two Olympic Trials and currently a coach and World Top-Ten Masters swimmer. //