The Ultra TT 7.0 continues the heritage of Triathlon greatness. No other shoe has won more podiums than this shoe. It’s universal in feel thanks to the 10mm offset and CarbonSpan. New to this years model is the top loaded Z-Bound that will simply feel even more alive under your foot. [Asymmetrical Fit] Zoot’s Asymmetrical fit matches the shape of your foot, boosting comfort and running efficiency over the long haul [CarbonSpan+] Lighter, stronger and faster. Tunable control that maximizes a smooth, powerful “toe off” for effortless forward momentum without forefoot fatigue [Quick-Lace] Zoot’s patented lacing system eliminates lost time with a single-handed pull that cinches tight. Hit the road faster. [Tri-Dry] The sweat most shoes absorb weights you down and slows you down. Tri-Dry limits water retention and keeps your shoes feeling light and feeling fast. [Z-Bound] Less weight, better cushioning. Over the long haul, the super light proprietary Z-Bound midsole rebounds a runner’s energy, reducing stress and fatigue Lightweight Shoes weighing 9.0oz/255g or less for men and 8.0/226g or less for women Neutral Allows your foot to track naturally to toe off in your run stride Racing Racing is about performance and performance mean’s the close to the ground the firmer the midsole the faster you go Training For those athletes who want or need the most cushioning in their running shoes 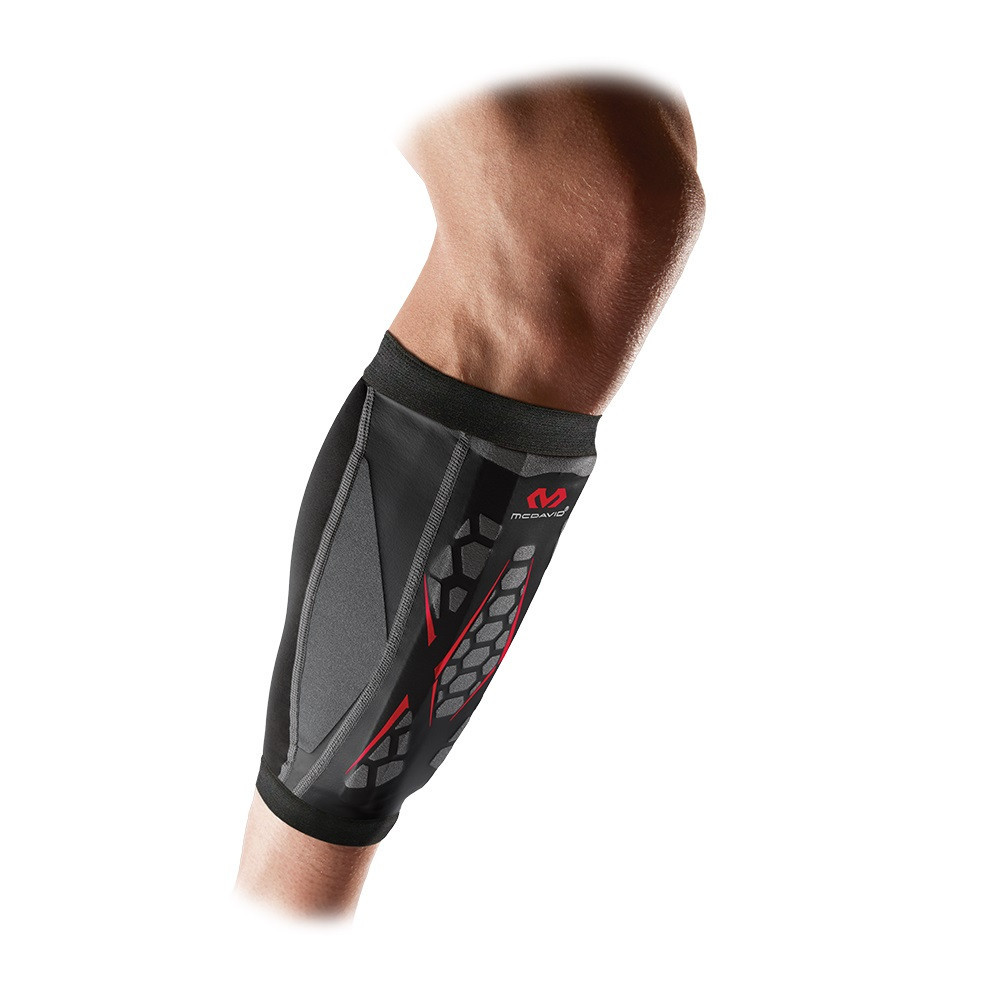 The TYR WOMEN’S COMPETITOR 8″ TRI SHORT is a part of the Competitor line which has been determined to meet the needs of training and racing. One important aspect of the TYR Competitor line is their new AMP Pad, which is the ultimate tri pad. The multi-channeled chamois insert is engineered to perfectly follow your body in motion and support weight distribution in the aero position. Its advanced elasticity is in a class by itself, letting it noticeably expand and contract with every pedal stroke, so their is no irritation or chafing. The competitor series also features a tricot fabric that has excellent stretch with extra compression to support those tired muscles; this fabric also has a soft feel to ensure total comfort throughout the duration of your race. The competitor clothing line features 50+ SPF/UV protection, silicone beaded leg grippers for a no ride-up grip, stretch woven drawcord, and a zippered back pocket for storing race day nutrition. Its no surprise that TYR is named for the Norse god of warriors, because training is a battle, and TYR prepares you to triumph. Quick Drying Tricot fabric-stretch, compression Fabric has soft feel against skin-no chafing 50+ SPF/UV protection Silicone beaded leg grippers Stretch woven drawcord Zippered back pocket 8″ Inseam Women’s specific AMP chamois-breathable, stretches to your movements The AMP chamois makes it perfect for a medium to long distance race Fabric: Nylon, Spandex

If you’re looking for the most flexible entry-level open water swimming wetsuit to help you transition from pool swimming to open water.FLEXIBILITY – 1.5mm arms and shoulders combined with the superior InfinitySkin lining allows this suit to achieve a range of motion and flexibility previously associated only with intermediate level wetsuits.BUOYANCY – An enlarged front panel of 4mm SCS 39cell Yamamoto neoprene combined with a 4mm lower back panel provides buoyancy and refines body positioning in the water.SPEEDY TRANSITIONS – A larger jersey panel at the back of the legs makes this suit super quick to get of in transition, saving you time where it counts.39CELL – Yamamoto 39cell is an extremely flexible neoprene which supports an uninhibited natural swimming motion. 39cell extends to a 513% elongation rate, meaning this material is sure to move with you. Added benefits of zero water absorption and zero weight variation can mean only one thing: more speed. A fine balance between buoyancy and flexibility, 39cell is a durable material which will stand the test of time and distance, representing the best neoprene available in it’s class.SCS – Acting as a coating over closed-cell neoprene, Super Composite Skin (SCS) has become the benchmark for coating the smoothskin neoprene used in triathlon wetsuits, to reduce friction and increase speed through the water. The micro-cell structure of the SCS coating repels water when in contact with air and reduces surface resistance when in contact with water.HYDROLITE – HydroLite panels make transition that extra bit faster using the super fast SCS which combined with a special lining which absorbs less water to improve buoyancy while also being extremely sleek -making the suit fast to remove in transition saving you precious seconds.INFINITY SKN – It’s what’s on the inside that counts and Orca’s unique InfinitySkn lining plays an integral part in the unbelieveable flexibility of our top end wetsuits. Constructed from a high stretch nylon, InfinitySkn is strategically placed where ultimate stretch is required and allows the wetsuit to move dynamically through your swim stroke.MATERIALS – Collar: SCS, 2mm 39cell, Hydrolite.Underarm: SCS, 1.5mm 39cell, InfinitySkn.Front Body Panel: SCS, 4mm 39cell, InfinitySkn.Shin: SCS, 3mm 39cell, InfinitySkn.Back: Smoothskin, 3mm 38cell, InfinitySkn.Sleeves: SCS, 2mm 39cell, InfinitySkn.Hamstrings: Smoothskin, 4mm 38cell.Calf: Hydrolite, 2.3mm 39cell, InfinitySkn.

The Aqua Sphere Dry Swim Towel is an ultra absorbent towel that allows you to dry off quickly and easily and is the perfect size for taking to the pool or gym. In the tradition of Aqua Sphere’s never-ending effort to offer products that enhance the swimming experience, Aqua Sphere has developed a line of accessories that feature exceptional design and functionality. From Anti-Fog solution for eyewear to swim caps and wet/dry bags, Aqua Sphere has tried to put the swimmers needs first. Each item is constructed of the highest quality materials and has been thoroughly tested to provide the greatest value. Full 16″ x 32″ – One of the largest towels on the market! Ultra absorbent, soft material Acts like a real towel – no special treatment needed Comes with reusable storage case 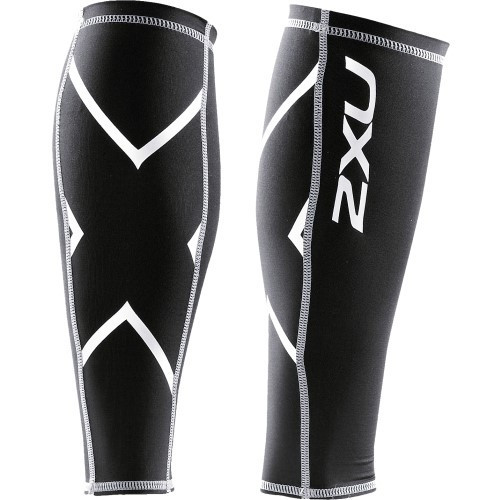 The Compression Calf Guards provide key compression support to the calves, to help reduce muscle oscillation for a longer and stronger performance. This versatile item can be easily used in conjunction with a preferred sock, and discreetly worn under other apparel or endurance gear. Lightweight yet powerful compression support to protect and stabilize the calf and shin muscles and reduce muscle fatigue Low-profile design that can be worn on its own, under socks or under other apparel Flatlock comfort seams to reduce chafe Polygiene for lifetime antibacterial and odor protection Comes as a pairCOMPRESSION BENEFITS Reduced muscle fatigue and soreness Reduced muscle damage and risk of overuse injuries Improved performance and muscle alignment Increased agility

Your Lights Need to be Smarter, Not Brighter Works independently and seamlessly integrates with compatible Edge cycling computers¹ As rider’s speed increases, the headlight automatically projects further ahead or closer as a rider’s speed decreases when paired with select Edge computers As light conditions change, the smart Varia headlights and tail light automatically get brighter or dimmer, when paired with a light-sensing Edge 1000 Adjustments, including on/off, can be made manually with the use of an included remote With 2 tail lights you can indicate impending right or left turnsVaria smart bike lights help to create a safer riding environment by adjusting to changing light conditions as well as bike speed when paired with select Edge computers¹. As speed increases, the headlight automatically projects light further ahead to where it’s needed most. As ambient light fades or gets brighter, both the headlight and tail light adjust automatically when paired with a light-sensing Edge 1000 bike computer. Beam cutoff prevents headlight from blinding oncoming drivers.Whoever You Are, Wherever You Ride, Day or NightWhether you are training, commuting or just out for a pleasant evening ride with the family, Varia bike lights can adjust for speed and light conditions to put the light where you need it the most. Manual on/off controls allow you to use the lights for daylight rides as well.Varia Radar Alerts You to Traffic Approaching From BehindThe Varia line of cycling awareness products also includes rearview radar that can alert you – through compatible Edge bike computers¹ or a head unit – when traffic behind you is getting close. The radar picks up cars or trucks at 153 yards (140 meters) and can track multiple targets as they approach. The tail light also warns approaching vehicles to a cyclist ahead.In the Box: Varia headlight Tail light Varia remote with road bike mount and mountain bike mount Universal out-front mount Seat-post quarter turn mount Tail light multi-location quarter-turn mount microUSB cable Manuals